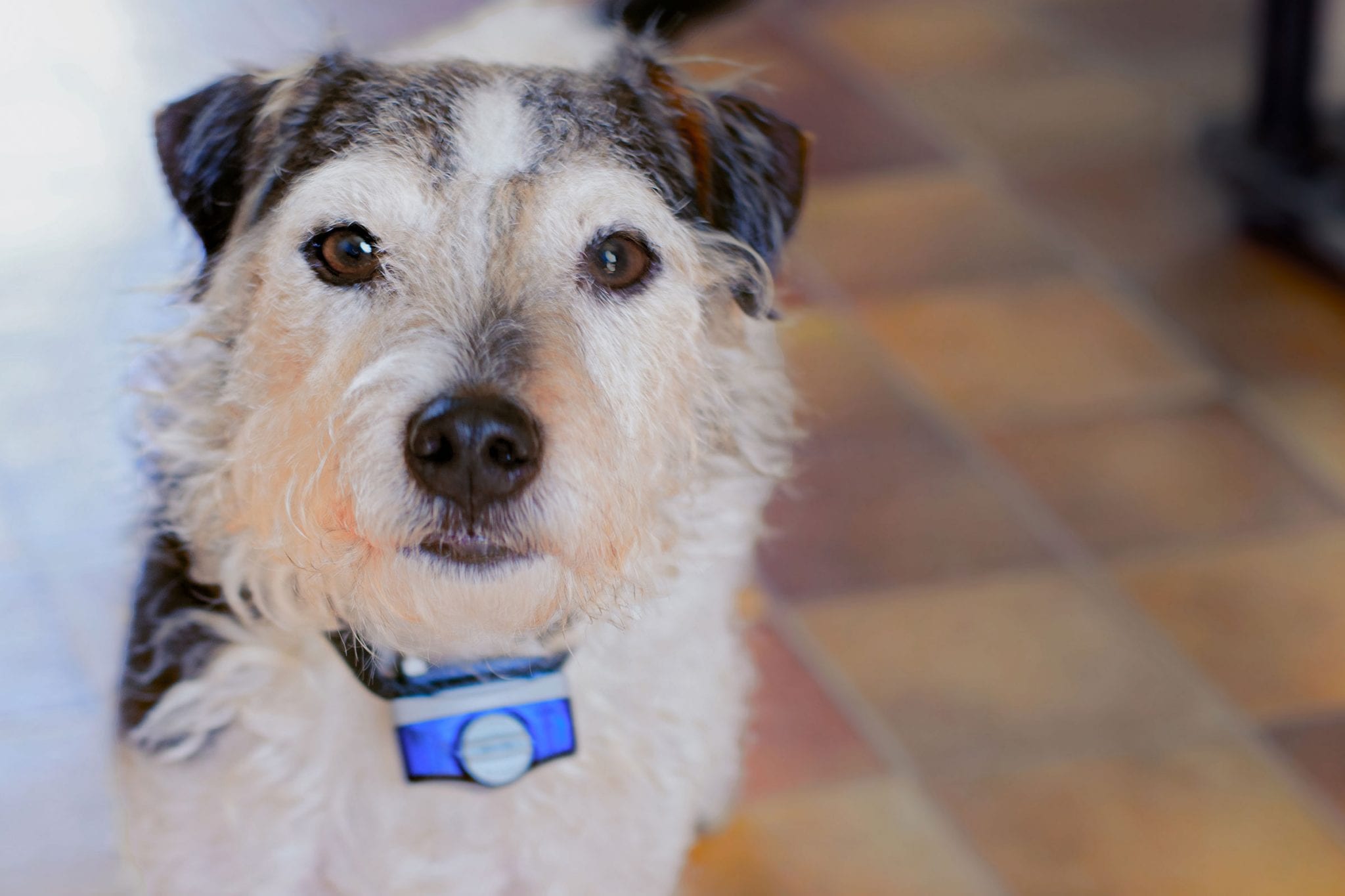 So you got yourself a dog, or perhaps you already have on and are thinking about how you can let them live their best life out in the yard. You’ve finally reached the question that has been plaguing dog owners for almost 50 years — should you go with a traditional physical fence or install an invisible fence? (Yes, the invisible fence was invented in 1973, we were surprised too.)

At first glance, you’ve probably already weighed the pros and cons in your head and are looking for some sort of assurance that you’re making the right choice. If you’re leaning toward the invisible fence, we’re sorry to say that we are going to steer you in the other direction. Sure, we may be a bit biased (we are a fence company after all) — but we also are dog lovers, and want your pup to be as healthy, safe, and happy as possible. It’s for those exact reasons that you really can’t go wrong with a traditional fence.

That being said, we wouldn’t be able to forgive ourselves if we didn’t give you the potential benefits of both options and let you make the decision for yourself. We’ll also give you some tips about which type of fencing may work best for your canine pal, as some traditional fences just aren’t viable for all dogs.

OK, without further adue, let’s compare the invisible fence and the physical fence.

First things first, let’s get to the bottom of exactly what an invisible fence is. We’re not saying that you don’t know, but you may not really know what all goes into this contraption. An invisible fence is essentially an electric fence (no it won’t electrocute your dog). It consists of three major parts.

What Are The Advantages?

So, one of the biggest pros when it comes to the invisible fence is that it’s relatively cheap compared to a physical fence. When adding in the time it takes to install and the materials needed it’s just a more affordable option. Another upside is that your neighborhood may not allow for physical fences — which makes this your only real option. You’re also able to adjust the level of “shock” that your dog receives, so if you’re worried about hurting your dog you can always make adjustments.

That being said, there are some inadvertent repercussions to scaring your dog every time they reach the fence line — but we’ll cover that later.

What Are The Disadvantages?

Oh, where to begin…

One of the biggest issues with invisible fences is that they really only work one way. What we mean is that they may be able to keep your dog in, but they do absolutely nothing to keep intruders out. Other wildlife, fellow dogs, even the occasional neighborhood kid has no problem walking past that underground wire. This can be an issue for both the safety and security of your pup. If you live in areas where predators like coyotes dwell, this can be a scary situation. It’s also important to keep other animals like neighborhood dogs and cats safe, as there can be some potentially troubling consequences for everyone involved.

Another problem is that figuring out exactly how much of a “shock” your dog needs to deter them from the great beyond is almost a crapshoot. Even if you do figure it out, your dog may just deem a car worthy of chasing regardless and take off. Or, they may just develop a bit of immunity to the scare. If something like this were to occur, what’s even more troubling than them making it outside the enclosure is the thought that they may not be able to make it back in for fear of being shocked. If this happens, you risk them wandering around or getting lost.

Some dogs already hate collars, but imagine having two prongs that uncomfortably rub against your neck all day. That’s the case with the collars with invisible fences. If the collar is too loose you risk it not giving an adequate scare. If it’s too tight it can seriously mess with your dog’s skin. Collars also require batteries. That means you need to be extra diligent about checking on these to make sure they aren’t low or dead. If so, there’s nothing stopping your dog from getting loose.

The final and most potentially harmful aspect of invisible fences is the behavioral issues they can cause. Remember those inadvertent repercussions? Well, not all dogs make the connection between a boundary and a “shock.” Sometimes, they just want to go up and give a friendly smile and tail wag to the strolling neighbor. If every time they approach a stranger to say hello your dog gets a scare, they’ll begin to associate unfamiliar faces with something negative. This can cause dogs to become aggressive or perhaps even terrified every time they see a stranger. Too much fear and anxiety aren’t good for anyone, especially when we don’t understand why it’s happening. And just like how negative reinforcement isn’t a great way for you to teach your children, the same can be said for a man’s best friend. 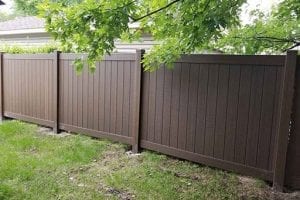 Well, we’d hope that we don’t have to explain what exactly a traditional fence is. They’ve been a trusted enclosure for thousands of years and aren’t likely to go anywhere anytime soon. That being said, there are a ton of different styles and fencing materials to mull over, so we’ll be sure to give you some insight on what would work best for your dog. Here are some common fence types.

What Are The Disadvantages?

To be quite honest, there aren’t a lot of disadvantages when it comes to a physical fence. Perhaps the largest may be the time and money it takes to install. You’ll also be looking at various levels of maintenance depending on the materials you decide to go with. Vinyl is the best option, followed by composite. Most metal fences are easy to climb or have spaces between the posts that can allow smaller dogs to squeeze through.

Another potential downside is that your neighborhood may not allow physical fencing. This may only apply to a minority of homeowners, but it should be addressed. If this is the case, you may be limited to an invisible fence or an inside pup.

What Are The Advantages

The advantages associated with a physical fence are pretty straightforward. The right fence provides a great enclosure for your dog that allows them to get exercise and some outdoors time in a safe place. Other animals aren’t able to meander in, which is a major plus. You’re also able to have some control over how much of the great beyond your pet observes. Sure, they can still hear cars, birds, and the occasional fellow pup — but with the right fence type, they won’t be able to see them or take off chasing them. So what is the right fence type?

For larger dogs, you’ll want a privacy fence that’s fairly high (at least 5-8 feet). Vinyl is your best option when it comes to which material to choose from. This is because it’s smooth and doesn’t provide a lot of footing for climbers.

Honestly, a private vinyl fence is a solid option for any size dog. This is mostly because you don’t have to worry about climbing or smaller dogs slipping through the fence. It’s also an extremely durable material, so there won’t be any charging through the fence. It’s also super easy to maintain, making it an all-around great option for anyone looking to build a fence for their property and add some curb appeal.

Another advantage of traditional fencing is your family member’s or neighbor’s dog can enjoy your enclosure along with your pup. Invisible fencing only works for your own dog, but having a fence is something that all dogs can enjoy while getting some much-needed exercise.

There You Have It

We gave it our best shot, we tried to be fair. The truth is that traditional physical fencing has stood the test of time for a reason: It just works. With the right fence type and materials, you’re able to provide a safe enclosure for your dog while also having a beautiful fence to boot.

While installing a fence was technically on our “cons” list, it’s not as difficult as it seems. This is especially true if you give us a call. We’ve been building quality fences for the past 15 years and would love to help you build the right fence for your precious pup. Contact us today.